Full of confidence that the Corona crisis would be contained at the beginning of June, the organization of the event “Dordt in Stoom” has been continued by the board in recent months. However, in the course of March it became increasingly clear that holding major events in the coming period could pose a threat to public health. In close consultation with the municipality of Dordrecht, the board therefore had to decide to cancel “Dordt in Stoom 2020“.

The event, which would be held for the 19th time this year, will not be postponed to later this year. The prognoses for the course and development of the pandemic indicate a number of months rather than weeks. The virus will remain active for a long time to come and the board of “Dordt in Stoom” considers the dangers too great. The event brings too many people close and long on quays, steamships, steam train and model building show.

On friday evening, Dordt in Steam will open with an impressive naval parade on the river. This spectacle can be seen for free from the Groothoofd and the Merwekade.

The gigantic event is spread across two areas in the city which are linked with (steam)ships, steam trains and old-timer busses. By purchasing a day-ticket for the ‘Stoomrondje Dordt’, the visitor will have access to the various forms of historic transport at the event. It also includes admission to the Model Building Show. The day-ticket for the ‘Steam circuit Dordt’ is available at all departure points. Be aware that a round trip lasts at least three hours!

In the picturesque harbour area next to the Groothoofd, Kuipershaven, Wolwevershaven and the Merwekade, dozens of steam-powered ships, machines and vehicles will be on view.
Steamboats will be making round trips on the river. For children, miniature steam trains will be operating. Various (steam)ships will be open for visitors. Sidewalk cafes and live music will provide a sparkling atmosphere. In the Wolweversharborarea ships and facades will be magical highlighted on Saturday evening. 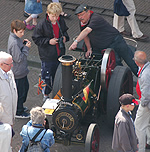 International participants will display model trains, miniature steam powered machinery and model ships in a large model building show. You can go by steamtrain or steamboat to visit this great Model Builing Show. 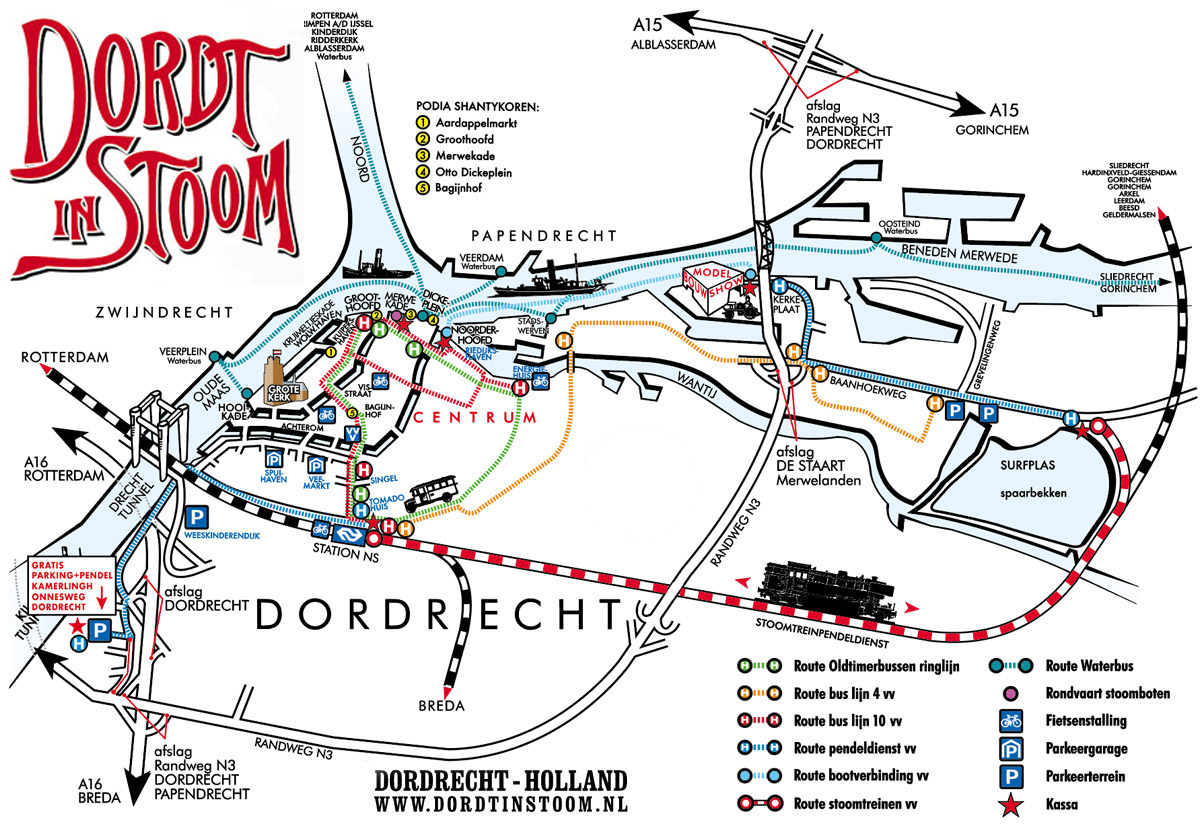 For all information about Dordrecht,
Dordt in Stoom, reservations, tickets, roundtrips ‘Stoomrondje Dordt’ and hotel reservations: